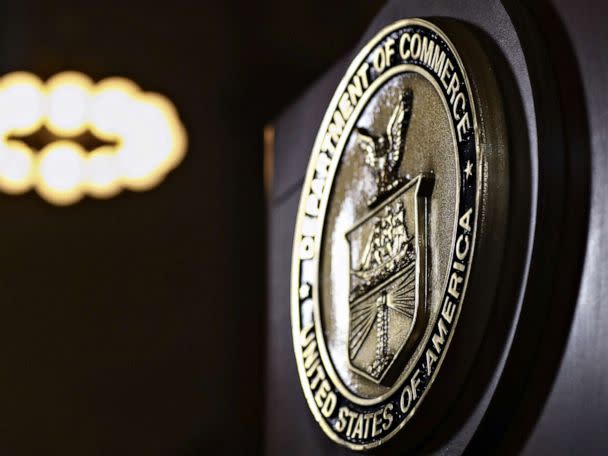 
As the war in Ukraine continues, one office inside the Commerce Department in Washington is at the crossroads of innovation and national security when it comes to sanctions on Russia.

The Bureau of Industry and Security (BIS) has been controlling and enforcing exports from the United States, and when Russia invaded Ukraine, the bureau jumped in.

Export controls, according to Thea D. Rozman Kendler, assistant secretary of commerce for export administration, are a “national security tool” to keep “sensitive American technology” from countries that would otherwise use it maliciously. Some examples, she said, are goods, technology and software.

“Russia relies on foreign technology for most of its high-technology production,” she explained. “They need our parts and components, our technologies to make and repair weapons, planes, tanks, communications equipment, whatever they need to wage war when Russia attacks Ukraine we were ready with our allies and partners to impose tough restrictions on what could be sold to Russia. With a common goal of degrading Russia’s military capabilities.”

Kendler said as Russia’s military equipment runs out, it will need software updates and won’t get them due to the export controls the BIS placed on goods.

“Russia cannot make those weapons of war without us and partner country technology,” she explained. “And if we cut off [those] technologies, which is what we have tried to do in the last two weeks, we are directly limiting their ability to wage war.”

Matthew Axelrod, assistant secretary for export enforcement, said it is not in Chinese companies interest to flout these controls and Chinese companies that continue to supply Russia with goods on the the list would face harsh penalties.

“If there is a plant in China that’s making semiconductors and sending them to Russia, the type of semiconductors that aren’t allowed, they’re not able to do that without U.S. technological help, including software updates, including on site teams that will help with the software and the tooling,” he explained

Axlerod said that if U.S. companies willfully violate some of the export and import bans placed on Russia there could be serious consequences, even jail time.

“If we find that people are willfully violating a law and shipping items to Russia that are prohibited by the rules, that’s a criminal violation. And people I work with every day are federal criminal law enforcement agents,” he said. “We bring cases in connection with the Justice Department … across the country against companies that that criminally violate the export control rules.”

Both Axelrod and Kendler served as prosecutors in the Justice Department and they say that experience has aided them in this job.

“I prosecuted export controls cases, I looked at how we can take regulations and support them through enforcement if you have willful violators,” Kendler said. “So I certainly take that into account as I craft regulations. I think about the enforceability and the clarity of rules for industry, also, so that industry doesn’t inadvertently stumble into a violation. I think we have excellent partnerships with industry who want to comply with the rules and who want to be on the side of democratic values, particularly during the situation we’re facing in the world right now.”

furniture outlet near me