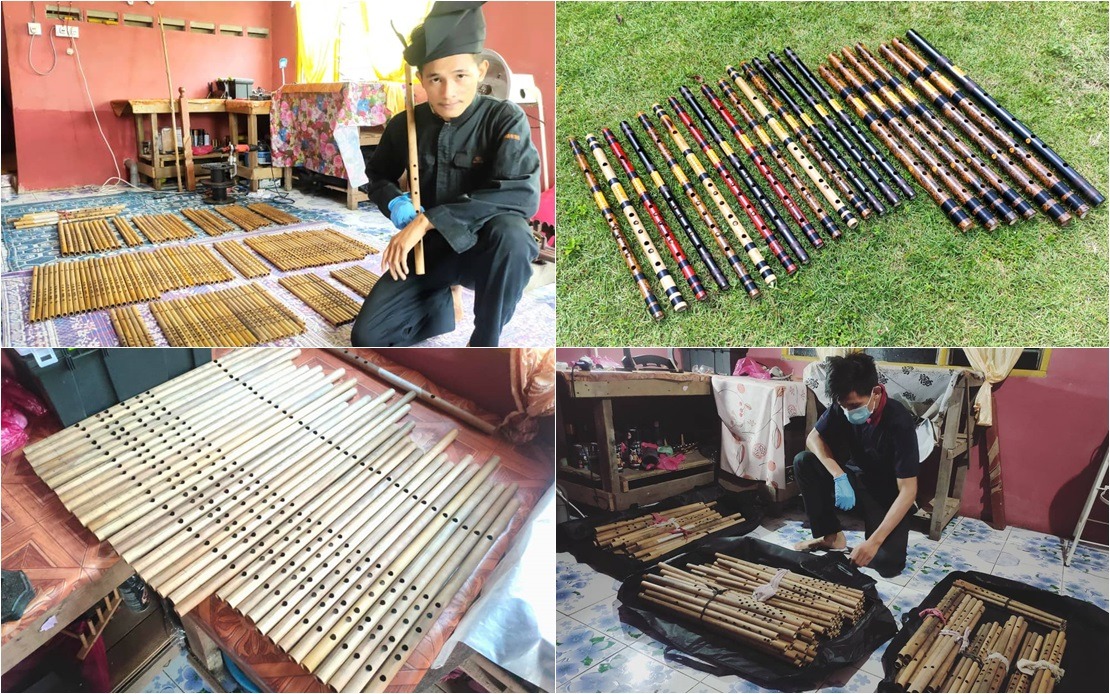 KUALA LUMPUR, May 6 (Bernama) — Hairul Azhar Md Zakaria’s passion for traditional Malay musical instruments since primary school has led him down the path of ‘seruling’ (flute) making until he is able to produce his very own flute brand.

The 26-year-old technician who started learning to play the flute online, has been crafting flutes under his own brand ‘Seruling Buana Suara’ for the past seven years.

“Beginning in 2012, I only played the flute for fun and to kill time because there were no gadgets like what we have today. I learned from watching YouTube and at that time, my knowledge about the flute was limited.

“Because of that, I was never really good at playing the instrument, but since I know the basics, I decided to focus on crafting flutes which have become extinct since 2016,” he told Bernama recently.

Sharing his experience in learning the art of making the flute, the youngest of six siblings said he travelled back and forth from Semenyih, Selangor to study for two years with a ‘sifu’ (master) known as ‘Arul Seruling’ in Kuala Pilah, Negeri Sembilan whom he knew on Facebook.

Hairul Azhar said making musical instruments required a lot of patience and you need to be passionate about it to produce quality flutes which are to your customers’ satisfaction.

“Actually, it is quite a complex art as among others, it requires quality ‘Temiang’ bamboo. The material is quite difficult to find and not readily available. I also source the material from a supplier who lives in Kuantan, Pahang.

“It starts with the process of cutting the bamboo according to the desired length and cleaning them. After that, soak the bamboo in saltwater and dry it at room temperature until the bamboo turns cream brown,” he said.

According to the Kota Tinggi, Johor native, he took at least three to six months to produce a quality flute, including the process of carving the holes and painting it.

He said the process of making a flute had to be done very carefully as bamboo is a sensitive material and there could be no mistake in getting the position and diameter of the holes accurate to get the scale and notes right.

Hairul Azhar did not expect his hard work finally paid off that he was able to commercialise his product throughout the country via social media as a side income.

“Since working in this field, I have taken orders online, mostly via Facebook and Instagram. Once the flute is completed according to the customer’s specification, I will deliver it by post,” he said adding that his craft work has gone as far as Brunei, Singapore and Indonesia.

“When the country was placed under the Movement Control Order (MCO), the demand increased by up to 60 per cent as many Malaysians wanted to learn to play the flute at that time,” he said.

Hairul Azhar said at that time he managed to raise about RM13,895 at one time where each flute was sold at prices ranging from RM70 to RM170 according to the features of the flute as required by the customer.