Local distributor, PANMI, has launched the GT and P Series of Segway electric scooters, with the company stating that the introduction of these new scooters demonstrates Segway-Ninebot’s ability to meet evolving demands of modern transportation.

George, Chief Operating Officer at Panmi, has stated at the launch of the new scooter range from Segway that:

“Panmi is a leader of micro-mobility products in Australia. We are paving the way and revolutionising the Australian market with the introduction of both the GT and P series. Unless companies are official Panmi distributors, there are companies out there falsely advertising these new products and consumers need to be wary and carefully select where they buy their products from” 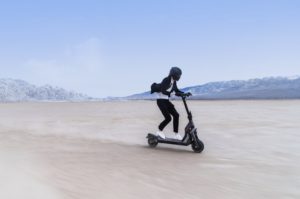 The Segway GT-series e-KickScooters bring thrilling speeds for commuters and adventurers alike and are the ultimate choice in compact, high-performance mobility. The GT series can achieve a top speed of 70 kph and is the fastest in Segway’s product family.

The GT series come with a massive-capacity battery with the GT1 coming with a 1008Wh battery whilst the GT2 comes with a 1512Wh that both come with a cooling system to help it achieve the speeds without overheating easily.

The GT2 contains two chargers for faster charging, with both having a quick folding structure with an aluminium alloy frame for best body durability. There are six different modes for riding- eco, sport, race boost and walk.

Segway has engineered a unique Segway Dynamic Traction Control System (SDTC), the kick scooter version of ESP for the GT series, to prevent wheels idling under gravel and slippery roads and obtain better handling while turning at high speeds.

The GT series has been built with comfort in mind, with the GT series utilising a double arm front suspension and trailing arm rear suspension to glide over bumpy roads. Whilst the front and rear hydraulic disc brakes, a wide footboard, and 11- inch self-sealing tubeless tyres, users can ride assured knowing that they’re in total control of their motion.

Furthermore, the GT series has also been built with safety front and centre with a double lock on the safety bar along with being equipped with 900 lumens LED front light, LED daytime running light, and turning signal lights in the front and rear of the scooter, and you can customise the ambient lights to show off your personality. The GT2 also features the first transparent PMOLED (Passive Matrix OLED) display which is the first for the e-kickstand scooter market. 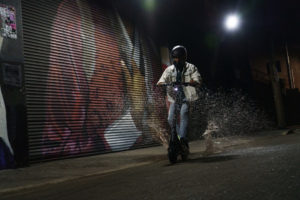 The P series is the more premium designed Segway E-Scooter, which the company is stating redefines transportation with unrivalled agility and safety. There are two types of the P series, the P65 and the P1000s, with the P65 utilising a powerful 500 W BLDC motor, and the premium P100S offers even higher performance with a 650 W
motor whilst also having a 100 km range, leading an ultra-long ride and reducing charging frequency.

Like the GT series, the P series also has safety front in centre in mind, with the P series including comprehensive lighting features to ensure riders remain visible.

Users can also tune the e-KickScooters’ ambient lighting effects through the Segway App to reflect their personality and style.

The P65 is equipped with a front disc brake and rear electric brakes, while the P100 has front and rear disc brakes in addition to its electric rear brake. Both versions come with IPX5 water-resistant rating and the new SegPower all-season tyres allowing both e-kickstand scooters to be used safely in inclement weather conditions.

In terms of pricing and availability, the GT series will be available in early June and available from JB Hi-Fi, PANMI and Segway websites though no pricing was made available right now.

The P series will also be available from early August and again no pricing was made available and will be able to be purchased from JB Hi-Fi, PANMI and Segway websites.

One thing to keep in mind

Of course, Ausdroid strongly recommends you check with your local authorities as to whether e-scooters can be used and the rules surrounding their usage in your State or Territory, with some states restricting usage more than others.