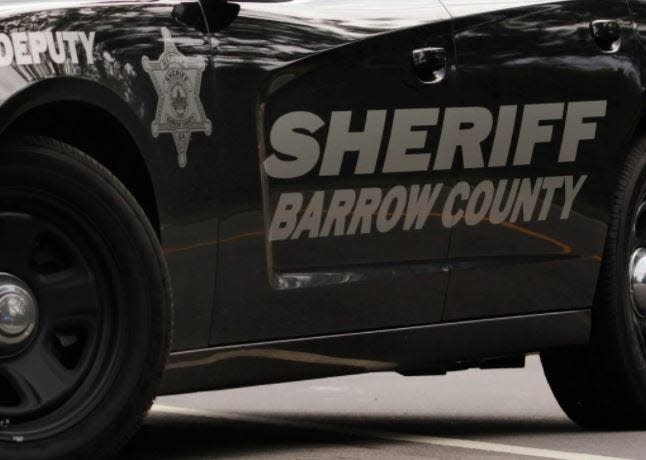 
An Athens Technical College student was kidnapped Thursday night on the school’s campus by an ex-boyfriend, but was rescued during a pursuit of the suspect’s vehicle in Barrow County, local law enforcement officials said Friday.

The 23-year-old Athens woman suffered some injuries after her rescue when a Barrow deputy had to conduct a PIT maneuver to stop the suspect’s SUV, Barrow County Sheriff Jud Smith said.

The suspect, Jimmy Hernando Aguilar Garzon, 26, of Lawrenceville was charged with kidnapping, false imprisonment, hindering a 911 call, entering auto and stalking, according to Athens-Clarke police.

The incident began shortly after 9 p.m. Thursday while the victim was studying in the Athens Tech library and the suspect approached her wanting to discuss their relationship, police said.

The victim told the man, who she had once dated for about a year, that she did not want to talk to him and warned that she would call police, according to the report.

As the victim walked to her car and got in it shortly before 10 p.m., she said Garzon approached and took her phone, police said.

The woman told police she then got out of her car and ran through the parking lot, but that Garzon chased, caught her and dragged her back to his vehicle and shoved her inside.

Police said the suspect then drove off and headed to the Athens Perimeter.

The woman told police she tried to open a door, but the door was locked, and when they reached Georgia Highway 316, the suspect continued to drive “crazy” and at a high speed.

A Barrow deputy spotted the Nissan Rogue about 11:40 p.m. on Georgia Highway 316 in the Statham area.

Smith said that the deputy had received a dispatch about a possible “rolling domestic” or an intoxicated driver on 316 headed west toward Winder.

“The deputy got them stopped and when he walked up to the car, he immediately realized something was wrong,” Smith said. “He asked for backup and he asked the guy to step out of the car and the guy just stomped it.”

The sheriff said a pursuit ensued in which the deputy conducted a successful PIT maneuver.

“We found out after the chase that she was kidnapped in Athens,” Smith said.

The victim told Athens-Clarke police she believed the suspect was taking her to his home in Lawrenceville.

Police contacted Athens Tech Deputy Mark Anthony and he reviewed video footage and reported to police that the footage confirmed statements made by the victim. However, the full incident was not captured on video, according to the report.

The victim told police the suspect had continually harassed her at school, work and home and that he also calls, sends texts and messages on Instagram.

Garzon remained in the Barrow County Jail on Friday without bond.