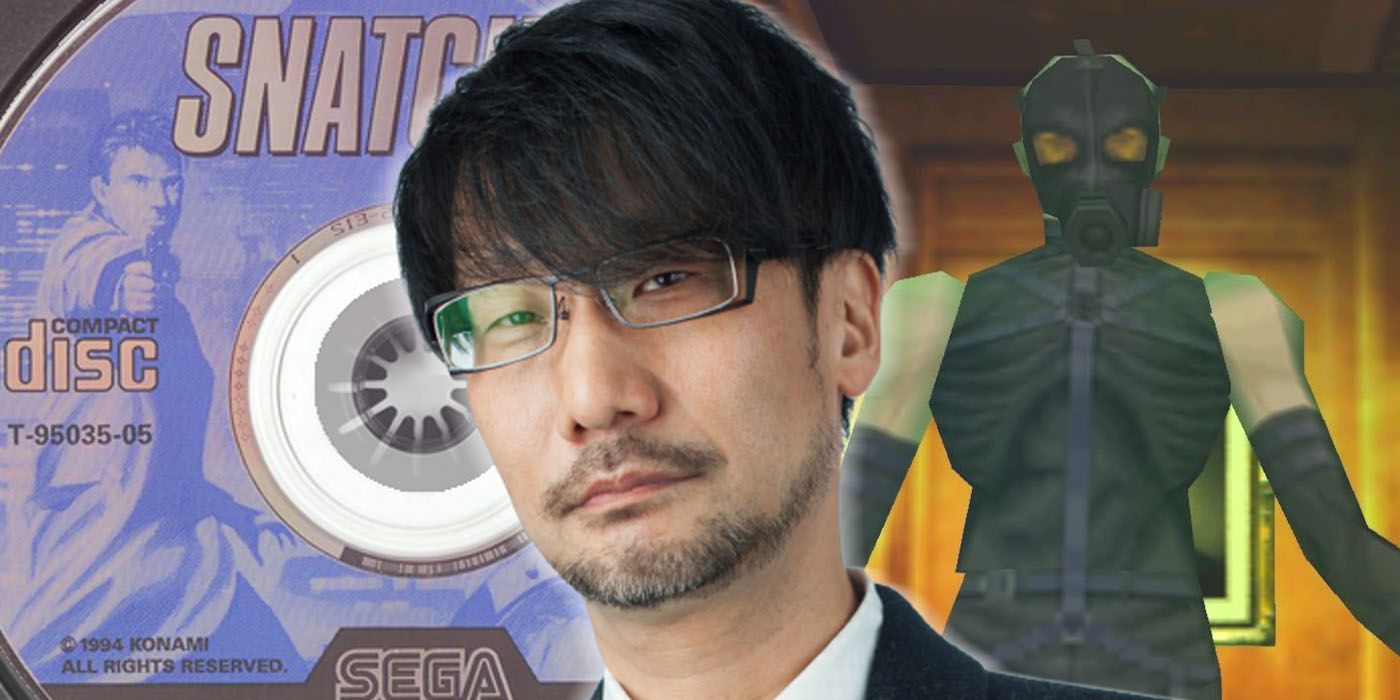 Hideo Kojima’s knack for twisting narratives made him a legend in video games, but his best work is being lost to time as technology marches on.

Hideo Kojima is a mastermind and auteur of the gaming world. Utilizing creative and groundbreaking storytelling and gameplay elements are Kojima’s bread and butter, and few games show such proclivities as the Metal Gear Solid series or later titles such as Death Stranding.

One particular way Kojima set himself apart was how he told his story, including using physical elements to move the plot along. These were sometimes as simple as a code on the back of the box, but the legendary game director did some genuinely spectacular things with the medium. However, as time went on and technology progressed, some of the best additions wound up being lost to time as the focus shifted from physical gimmicks to mind-bending narratives.

Fans of the first Metal Gear Solid saw this firsthand, for better or worse. The game infamously hides a key component, the CODEC code for Snake’s ally Meryl, on the back of the game’s box. There’s also the unforgettable boss battle with Psycho Mantis, a psychokinetic soldier who insists on showing you his powers before you fight him. During the cut scene, Psycho Mantis scans your memory card and reads off some of your games; he’ll even call you out for playing too much Castlevania if you’ve got a Symphony of the Night save file. This is a clever means of immersing the player into the game’s world, but the immersion does not stop there. Mantis next tells players to place their controller on the floor. With his unique flair, Psycho Mantis moves his hands about, only to have your control utilize the PlayStation’s rumble mechanic and move along with him. The game made you believe that he was moving your controller with his mind. When the fight begins, Mantis will mess with your controls, too; the only way to beat him is to plug your controller into the second port, which he can’t read.

In 1998, this was revolutionary storytelling through gameplay, but it was just the surface of how Kojima wanted to change gaming. Before Metal Gear Solid, Hideo Kojima made Snatcher, a cyberpunk, point-and-click mystery visual novel game. Snatcher was for the PC-8800, a home computer system that utilized floppy disk technology. Kojima noticed that when changing the various floppy disks, they would become warm from the heat of the PC itself. He came up with the idea to paint a message on the disk in heat-reactive paint mixed with iron. The iron would make it smell like dried blood when it heats up. When players smelled blood and checked the disc, they’d find a hidden message written in “blood.” Much like Psycho Mantis’ memory card and rumble controller gimmick, the “blood” and dying messages on discs would be another means to draw players into the world of Snatcher. Unfortunately, this idea was scrapped before release.

Even more depressing is how such gimmicks have become obsolete as gaming technology marches on. As physical releases become more barebones and head towards obsoletion, digital is the preference for companies, especially with re-releases of older titles. This can change the tone entirely; for the PSN release of Metal Gear Solid, Meryl’s CODEC is no longer something players must scour for, but just a fact plainly stated in the software manual. When fans booted up Metal Gear Solid 4, they’d find that Psycho Mantis does make an appearance as a ghost, but it’s more of a callback. The fight with Psycho Mantis starts as a tease, but the PS4’s lack of rumble at launch and the inability to connect a controller to another port means players must instead fight Screaming Mantis, a new character whose gimmick revolves around a complicated doll puzzle.

As good of a game as Metal Gear Solid 4 was, the particular kind of creativity present in the first game is absent on the advanced hardware of the PlayStation 3. Screaming Mantis is just a homage to a genuinely creative boss fight at the end of the day. Considering that most gaming nowadays is digital and physical copies of games are less in favor, it seems like Hideo Kojima’s gaming surprises (at least when it comes to hardware) will be relegated to the annals of gaming history.

Dallas Marshall is a long-time cook, writer, published author, and all-around eccentric. He got into the whole anime mess at the age of ten when he discovered the wild world of Pokemon and has not looked back since.

He is the author of the book, Anime Adrenaline! which can be found on Amazon.com as well as a writer for the website Film Inquiry. News outlets have also stated that Dallas sightings have been reported at book stores where he can be found lurking in the horror and used manga sections.