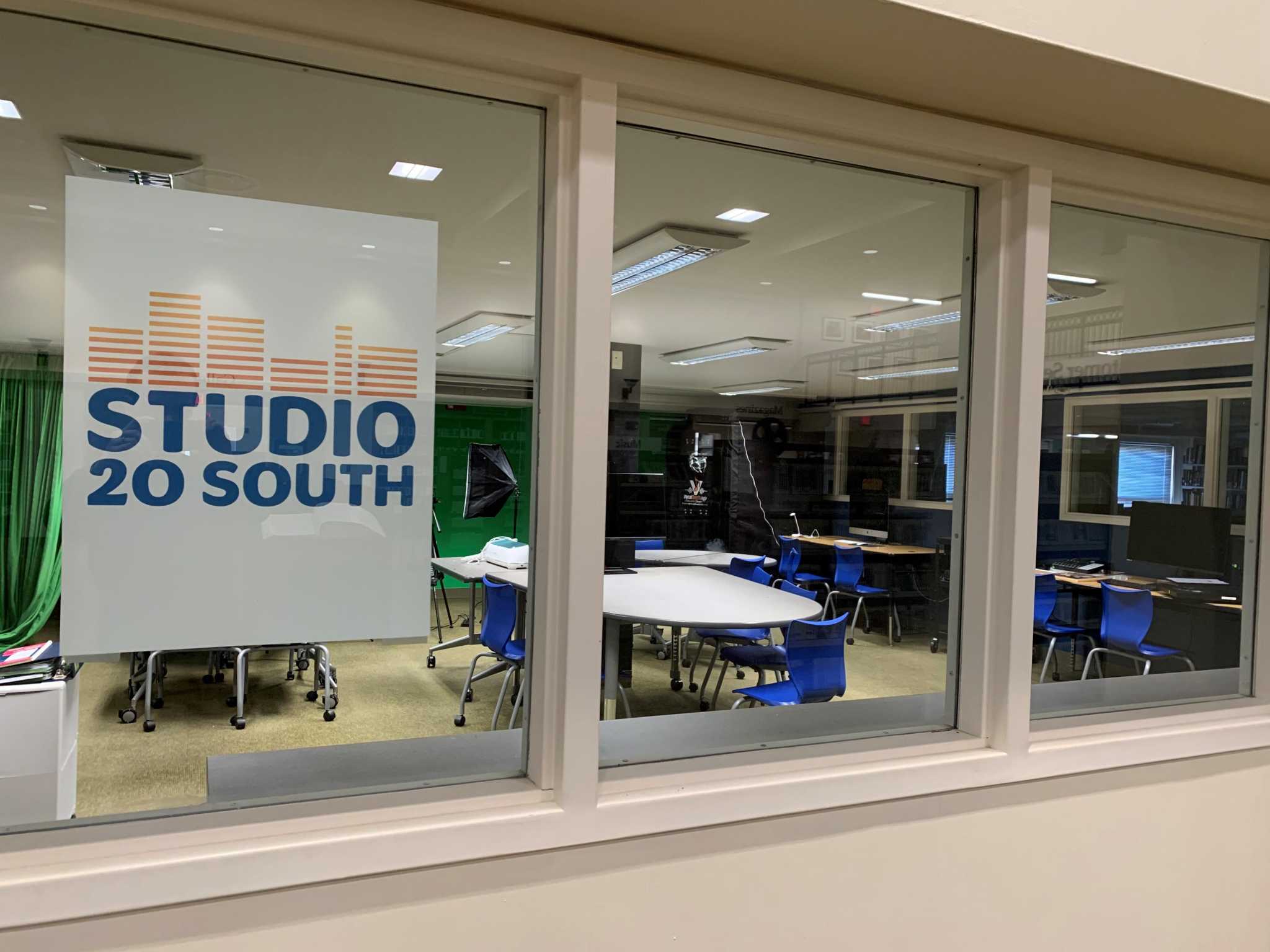 In development since last year, the lab offers patrons a new way of utilizing the library, staff said, and serves as a much-needed technology upgrade for the facility.

“We had some very outdated technology that we used for teaching classes and having webinars,” said Jae Douglas, the collection services librarian. “We had a really old Smart Board and some old equipment. We decided we needed all upgraded equipment, so we might as well get some other equipment we didn’t have and dedicate the whole room to offering a whole bunch of technology services.”

During the pandemic, the library emptied its computer lab, spreading computers out across the library to accommodate social distancing. That opened up the space that’s now become Studio 20 South.

“We moved the computers from here out onto the floor,” said Andrew Piro, the adult services librarian. “We had this great space to use as a good footprint and location in the library. We wanted to see something unique here while still offering those services we adopted in the pandemic, with the computers spread out.”

Carol Waxman, the director of children services, was the interim library director during the planning phase of the technology lab. She said this is something that’s overdue for the library, and they just needed the space to do it.

“We listened to the public to see what they were asking for,” Waxman said. “We also looked at what other libraries were offering. We wanted to try and meet those needs. This can bring a new dimension of learning. Instead of just using a computer, they’ll be learning something new.”

Laura Irmscher started in January as the library’s new director as the lab was coming together. She said this is another way a library can redefine itself.

“When I came on board, I was so excited to learn about this space and all the work the team had done to plan for this,” Irmscher said. “One of the great opportunities here is the kinds of things we have are difficult for people to have individual access to. It takes a lot of time or knowledge or resources to be able to use some of the software we have. You just need access to the stuff. That really fits into our goals and mission to provide access to new and innovative things.”

Irmscher said she and the rest of the staff are excited now that the installation of the lab is complete. Now, they said, it’s up to patrons to decide how they want to use it.

“We’re excited to see what the community does with it,” Irmscher said. “We’ve set it up, and we’re kind of turning it over. We’re curious to see what things that we haven’t thought about that they might see here and have ideas about or what interest it might spark in them.”

The library also saw the recent addition of a study pod, a private soundproof booth that sits on the floor of the library that can seat up to four people. The booth has given the library much-needed private study and tutoring space, Waxman said.

New technology has also spread to the library’s Bishops Corner branch with the addition of smart lockers outside of the building that allow patrons to pick up reserved books at any time.

Karen Polmatier, the branch operations manager, said the lockers made sense for them since the branch location has more limited hours and because they saw an uptick in curbside pickup during the pandemic.

“That was why we started this project here,” Polmatier said. “It’s because we have more limited hours and when we were shutdown during COVID, the curbside statistics were through the roof. We have the real heavy readership on this side of town, so we wanted a way to try to sort of continue that curbside service even after the library reopened without having to leave a table full of books outside at all times. This was the perfect solution.”

The lockers have been in use since October, and Polmatier said all 21 of its lockers are typically in use, but that quick pick-up turnaround by patrons allows them to continue to take requests and refill the lockers for the next user.

“We typically will end each day with anywhere between two and five lockers available,” Polmatier said. “People pick up really quickly. We come in the next day and more than half of it’s gotten picked up already.”

The technology lab has been open so far on a trial basis, with set hours and appointments required. That will be the model going forward, the library said. The labs hours and information about making appointments can be found online.