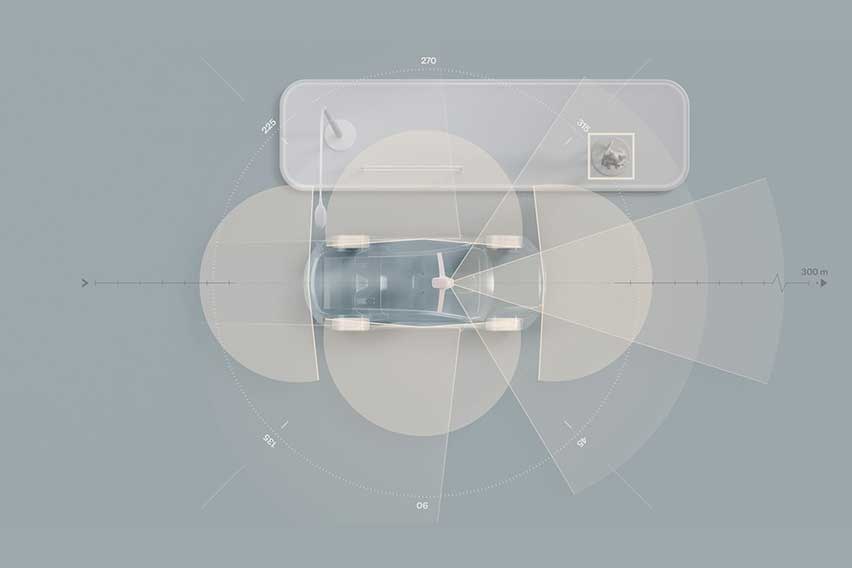 The successor to Volvo Cars’ successful XC90, which will be revealed in 2022, will use LiDAR technology developed by Luminar and an Nvidia Drive Orin-powered autonomous driving computer.

For the uninitiated, LiDAR (light detection and ranging), is a method used for determining the range of an object using laser imaging. It’s often used to make 3D representations of areas on the earth’s surface as well as on the bottom of the ocean.

By pairing the aforementioned technologies with Volvo Cars’ collision avoidance technology, the Swedish carmaker aims to reduce fatalities and accidents as a whole with this new safety package.

Volvo Cars CEO Håkan Samuelsson said, “Volvo Cars is and always has been a leader in safety. It will now define the next level of car safety. By having this hardware as standard, we can continuously improve safety features over the air and introduce advanced autonomous drive systems, reinforcing our leadership in safety.”

Volvo Cars also says that these new technologies are also designed to specifically address traffic situations which result in a large portion of severe injuries and fatalities found today.

“In our ambition to deliver ever safer cars, our long-term aim is to achieve zero collisions and avoid crashes altogether. As we improve our safety technology continuously through updates over the air, we expect collisions to become increasingly rare and hope to save more lives,” said Volvo Cars Chief Technology Officer Henrik Green.

Once the technology is introduced, Volvo Cars expects it to become more capable in terms of assisting and improving the driver’s safety in critical situations.

According to Volvo Cars, the new safety technology will soon be capable of intervening as needed to prevent collisions.

These new safety technologies not only reaffirms Volvo Cars’ standing as the safest car brand but also show the company’s belief in working together with technology leaders such as Luminar, Nvidia, and Zenseact to deliver the best and safest possible cars to its customers.

More details are to be revealed at the Volvo Cars Tech Moment on June 30 said the carmaker.

Volvo to accept pre-orders for C40 Recharge in Europe

« AMERICA’S BOGUS WARS (Minimize The Defense Budget In Half)
Get $2,500 Worth Of Software Engineer Training Now For Simply $39 »
Sidebar