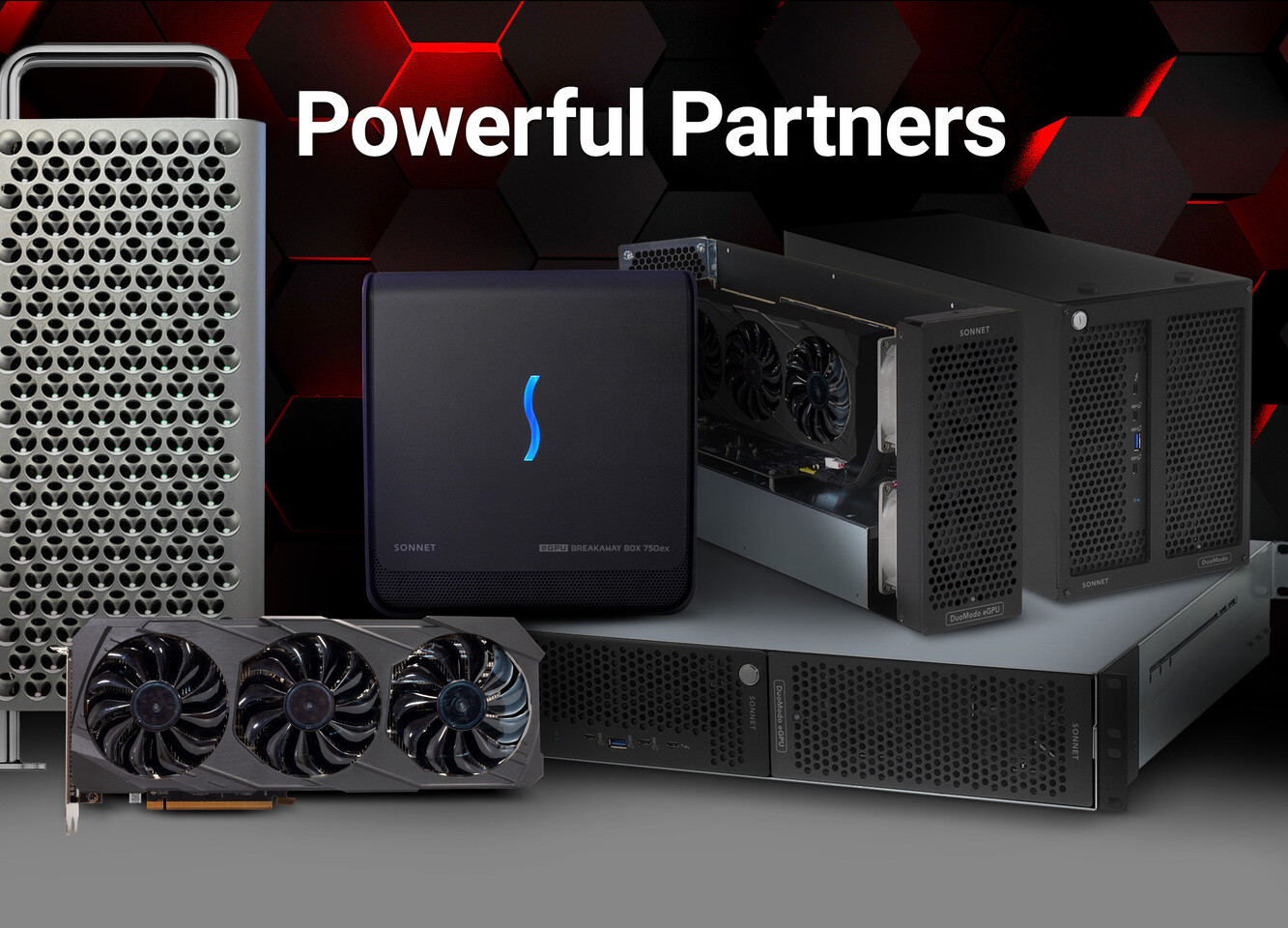 Sonnet Technologies launches product bundles shipped with the AMD Radeon RX 6900 XT GPU included, as well as select Thunderbolt expansion solutions for both desktop and rack servers from the company’s DuoModo and eGPU Breakaway Box series. With expansive configurable solutions and easy setup, the Sonet DuoModo line saves space while allowing for connection of GPU cards to their Intel-based Apple Mac mini system and laptops and desktops for both Mac and Windows that do not offer expansion card slots that only require a single Thunderbolt connection. The eGPU Breakaway Box, in both 750 and 750ex models, are individually-contained Thunderbolt to eGPU card systems.

The eGPU Breakaway Box 750ex with AMD Radeon RX 6900 XT is one of Sonnet Technologies top Thunderbolt to GPU PCIe expansion setups. It showcases built-in connections for USB and Ethernet. They are Windows and macOS compatible for any setup that utilizes both Thunderbolt 3 and Thunderbolt 4 ports.

The DuoModo eGPU Module allows for users to custom their own DuoModo system or upgrade to their Echo III Rackmount Thunderbolt to PCIe card expansion setups (enclosure is required and is sold separately). The DuoModo eGPU Module offers the same compatibility as the eGPU Breakaway Box 750ex. Consumers can increase efficiency by purchasing two bundles and pairing them with the DuoModo Dual-Module desktop or rackmount enclosure, creating a dual-eGPU system.

Sonnet Technologies’ DuoModo xMac mini/eGPU Desktop or Rackmount System offer a configured DuoModo expansion set (prior to receiving) included in the xMac mini Module to contain an Intel-based Apple Mac mini, as well as offering an eGPU module and can be customized for a more space friendly desktop or 2U rack enclosure, housing both combined. The Apple Mac mini is sold separately.

Sonnet’s Thunderbolt expansion products and computer mounting solutions continue to enable users to overcome limitations in connectivity and adaptability with the computers often favored by pro video and audio users. The capabilities to connect PCIe cards to computers lacking card slots and install Mac mini computers in computer racks have been integral to enabling countless workflows. While the eGPU Breakaway Box 750ex and DuoModo eGPU Module systems have been extremely popular, customers have been frustrated for the past year by the extreme scarcity of the latest GPU cards needed to complete the systems, and the greatly inflated prices when inventory suddenly appears. To create these bundles, Sonnet made arrangements to procure the card most requested by its pro users.