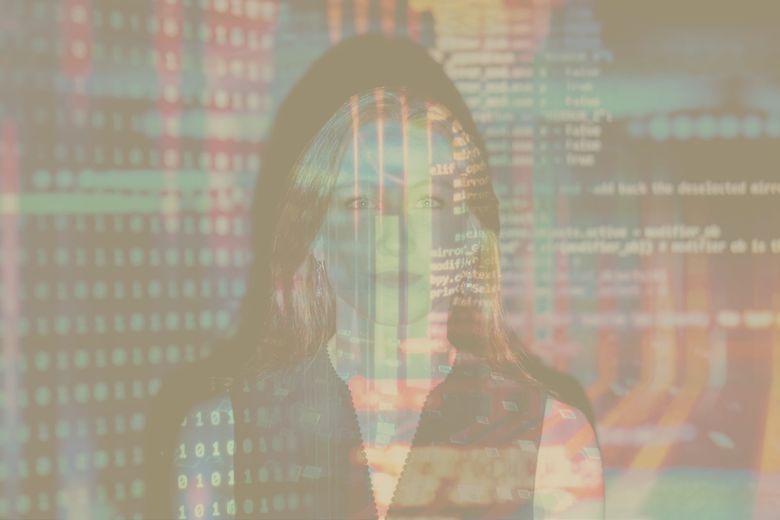 In hospitality, technology is a complicated problem. For an industry that has historically excelled and set the bar for customer experience, buying technology solutions has not been on the top of the list. Not because hoteliers like to be old fashioned, but because until recently guests really didn’t care. Guests do care about the quality of the mattresses; they care about the wear in the carpets. They care about hot water, air conditioning and operational elevators.

The future of hotel guest experience is based on how good your technology is. Let me explain.

“Hospitality being slow to adopt.”

But if one looks back over the last century and if we look up from our iPhone and it’s frantic iteration cycle that we’ve been accustomed to, things have evolved – a hundred years ago we celebrated elevators in hotels. Today guests complain if there isn’t a ramp up to the front desk.

Enterprise technology doesn’t evolve fast, from a vendor side, it might, but for the customer side, it doesn’t. In fact despite everyone being tired of hearing cloud-this and cloud-that today only 20-30% of Fortune 100 companies have moved to cloud systems. And those old mainframe computers that were invented in the 1950s and which most people only get to see in movies, well they’re still selling, in fact, over 70% of the Fortune 500 companies use them.

The problem is different in hospitality, unlike many other industries where customers walk-in, take what they need and leave within a matter of minutes, in hotels customers are going to spend hours if not days. Archaic looking technology at your local supermarket isn’t going to affect you much.

But in hotels, there are so many additional touchpoints where our customers need to interact with the property and staff. For centuries the best hotels knew that and managed that with aplomb. So much so that when Apple decided to reinvent the retail experience, they enrolled all their future Store Managers into the Ritz Carlton’s leadership training program. Apple’s Genius Bars have themselves been modelled on the concierge of a luxury hotel.

However, with the frantic pace at which consumer technology has been evolving, our customers are expecting that unbeatable experience to follow. Whereas fifty years ago that was managed by excellent human interactions, today a lot of that experience happens through technology. Not because human interactions are old fashioned but because the volumes have grown so exponentially that one would need an army of concierges with those magical human skills to deal with the number of emails, calls, people, chats and other channels. And because with smartphones and always-on life, people aren’t accustomed to waiting anymore.

So we need technology to facilitate, and guests are not only used to it, they expect it.

In the early 1900s running hot water became a thing. It took 15 years for that to arrive in hotels. Before that in 1831 the first principles of electromagnetic electricity were discovered by Faraday, in 1860 electric light was invented, it still took another 20 years for the first hotel to offer electricity in rooms.

One can quite safely assume that in 1880 when electricity was offered as a plus in hotels, there just wasn’t a huge need for it. We didn’t carry laptops, iPads or phones that needed charging. So it would have most certainly been considered as luxurious.

On the other hand, running hot water has a totally different impact on the guest experience. Once one has tried a hot shower, it is really hard to go back to cold showers or just not to wash oneself – the same with air-conditioned rooms in the summer or the many other technology upgrades that hotels set-up.

If it has a marked impact on the guest experience, the technology will be adopted quicker than if it doesn’t. So changing one’s PMS for the sake of moving to the cloud and saving someone some time isn’t going to justify the switch. But spending a whole bunch of money to getting AirPlay or Google Cast set-up in all rooms, that’s going to get easier adoption.

As I mentioned previously, hotels are experience companies; they deliver an experience. Other than a stolen pillowcase and some free amenities, guests leave with nothing but a memory of an experience.

As the saying goes, necessity is the mother of invention. In crises, we get creative and solve problems. The most significant recent innovations in travel recently were Uber and Airbnb. Arguably the main reason for their success was not the advent of the smartphone (although without technology their success would be questionable) but the financial crisis of 2008 that made thousands of people redundant and desperate to earn a little extra money. Thus both Airbnb and Uber had easy access to supply, and if they can make an offer that is cheaper than the incumbents in an unregulated space, they have a recipe for success.

After the 9/11 crises, when hotel companies cut their marketing budgets, Online Travel Agents (OTAs) promised risk-free bookings and picked up the marketing. Again, the easy access to supply in a market that still had demand, with lower costs (free from complex internal regulations) saw the rise of a whole new category.

The base technology on which these startups made their success was already there, smartphones for Airbnb and Uber, online commerce for OTAs. They saw the opportunity and built the right product at the right time.

We should expect our industry to see a milestone innovation in the coming few years, borne out of the easy access to supply and a recovery that is all but certain and which is keeping all the incumbents in on the fence wondering how and where to invest the little available money, which is one of the root problems of incumbents versus newcomers. The incumbents need to keep balances in check and usually have thousands of employees, the new guys have almost nothing to lose and if they’ve raised VC money, well then they even can lose a bunch before they test the idea.

We’ve never had a crisis like today – in the history of the hotel industry. But that’s what everyone said in 2008, after 9/11, at the dot-com crash and so forth. It is true we can’t look back and try to take a playbook from previous crises and hope it will work out. That’s never going to work – there is no crises that is the same as the previous one.

To assume someone knows how the recovery will look like is the work of a snake-oil salesman. But we can look at the past to try and pick up ideas for things that we could do in the future.

We know there will be an imbalance of supply and demand and we know how to adjust for that. We know we’re going to have more time available than we need to manage guests and we need to choose where we want to invest that time. We understand and have seen that technology has not slowed with new iPhones, the radical change in computer designs (significant processor change in a mainstream computer).

Only fools will spend time trying to preach what the future will be. On the other hand, only idiots will not take the time to look at as much data as they can to try and work out multiple possible recovery scenarios, however likely or unlikely they may be. And start testing out their theories.

One thing is for sure, people will still need to sleep in a bed, and people will always desire to travel, to escape, to meet, to socialise, to discover and to impress their friends with the exotic places they have been.

In other words, now is an excellent time to list all the things that will not change and work out how to use the resources and data we have to excel at those.

The next frontier in hotel comfort.

They are what the hotel is selling, and alongside a friendly smile and great staff, they’re the very reason hotels exists. Hotels that don’t invest in those items go out of business. Technology has always been a lower priority on the budget; some would argue correctly so.

But the next frontier in comfort isn’t going to come from a faster elevator, a broader shower head, fluffier carpets or hotter water to the rooms. The majority of the physical comfort elements are already at a very high level. The gap between luxury and good hotels (in terms of features) is relatively small – it is mostly a question of quality now.

The next frontier in hotel comfort is going to come from technology.

Guests now carry a computer with them wherever they go, those computers (their smartphones) are their personalised interface to the rest of the world – not just to the virtual world – their whole world.

Technology suddenly is no longer a boring CAPEX item that one must put up with in order to issue invoices and debit credit cards – but actually the backbone of the hotel industry’s customer experience strategy. An industry that has always excelled at customer experience.

« How Microsoft Turned A Secret Startup Ingredient, And What The Trend Says About The Tech
Efficient SEARCH ENGINE MARKETING Strategies To Develop Your Web site Traffic »
This website uses cookies to improve your experience. We'll assume you're ok with this, but you can opt-out if you wish. Cookie settingsACCEPT
Privacy & Cookies Policy