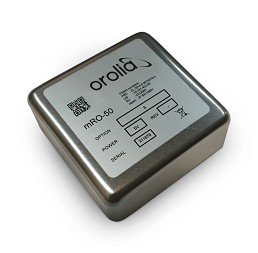 “We are honored to have this opportunity to collaborate with Meta’s incredibly talented team of engineers to develop a unique open-source solution using our mRO-50 technology,” said Jean-Yves Courtois, Orolia CEO. “We look forward to a continuing partnership with Meta and other global network leaders working to advance solutions to ensure ongoing timing accuracy and resilience.”

Orolia developed the ART Card solution in collaboration with the Meta engineering team to fulfill a new specification that Meta published for the Time Appliances Project Initiative of the Open Compute Project. This new collaborative community is focused on designing from scratch new hardware and software to efficiently support the critical timing accuracy and resilience demands on computer network infrastructure. This project is fully open-sourced and available on Orolia’s GitHub.

In 2020, Meta began converting its data-center servers to a new time-distribution service based on network time protocol (NTP) and precision time protocol (PTP). The new service, built in-house and later open-sourced, was more scalable and improved the accuracy of timekeeping within the Meta infrastructure from 10 milliseconds to 100 microseconds. Orolia ART Cards will further increase the accuracy, resiliency and adoption of Meta’s new timing platform.

Developed with long-term support in mind, Orolia’s ART Cards deliver management, disciplining and monitoring functions that can be integrated into any computer with a PCIe port and bring accurate and resilient timing for the most demanding applications such as NTP/PTP time reference, time stamping and latency calculation.