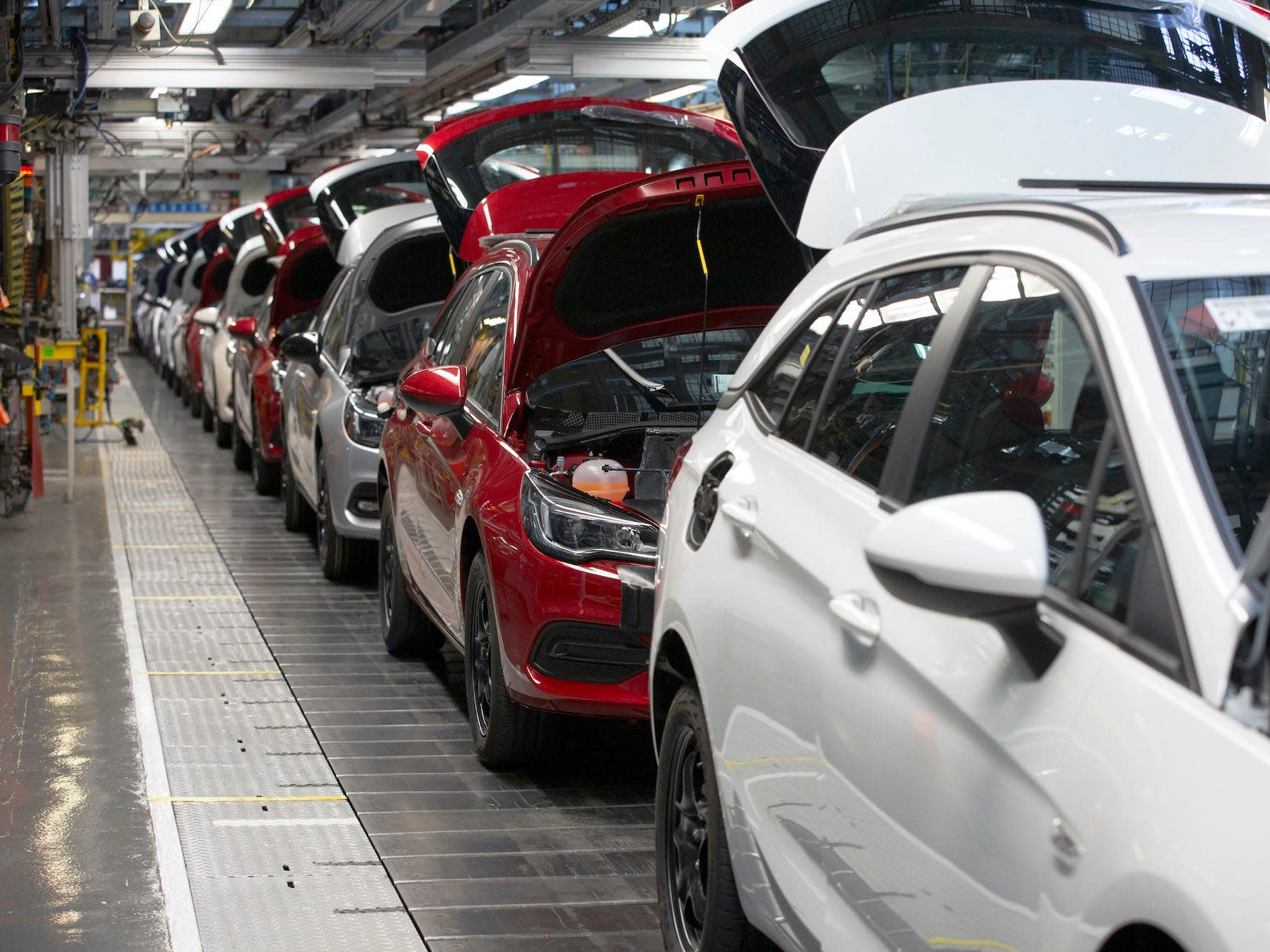 A group of lawmakers is asking the Biden administration to intervene in what has become a global computer chip shortage.

“We believe that the incoming administration can continue to play a helpful role in alleviating the worst impacts of the shortage on American workers,” the senators wrote in a letter.

So what’s going on?

Automakers and consumer electronics companies are vying for computer chips

These chips have become a crucial part of the supply chain.

Car companies like Ford use them to power the modern-day technology in their vehicles – the engine, Bluetooth capabilities, seat systems, collision and blind-spot detection, transmissions, WiFi, and video displays systems all run on the chips.

And the silicon components are what power the high-tech gadgets from companies like Apple that we use every day. The upgraded technology in gaming consoles and 5G smartphones in particular require a lot more power, and therefore rely more on chips than previous generations.

Since March, when the pandemic set in, consumer demand has surged for vehicles and for devices like smartphones and gaming consoles that people can use for entertainment while stuck at home.

Automakers like General Motors, Toyota, Ford, and Subaru, to name a few, were forced to close factories around the onset of the pandemic. When the factories reopened, customer demand for cars had skyrocketed as people, stimulus checks in hand, jumped at the opportunity for low-interest rates and a way to get around that didn’t involve mass transportation.

Automakers responded by ramping up production to maximum levels, further driving up demand – and competition – for computer chips.

Read more: Wall Street is worried that Intel’s disappointing earnings are a sign that its terrible year will only get worse: ‘2021 seems like a messy year’

Meanwhile, chip industry players like Intel were already struggling to keep up with demand, even since before the pandemic. And chipmakers overseas were also experiencing supply chain disruptions as the pandemic forced them to close down factories.

Even with chipmakers that are doing fairly well during the pandemic, like Taiwan Semiconductor Manufacturing Company – which produces more than half of the world’s computer chips and is also Apple’s primary supplier – there still isn’t enough supply to go around.

Computer chip makers are running at maximum capacity and it’s not feasible for companies to build factories to compensate for the increase in demand, Bloomberg has reported.

Phone makers like Apple are more prepared to pay higher prices for the chips than automakers are, according to an analyst who spoke to Bloomberg. That doesn’t mean phone makers haven’t been negatively impacted by the chip shortage though – Apple reportedly faced supply issues for chips to power its 5G-equipped iPhone 12 models that debuted in October.

But the auto industry specifically has felt the pinch, and some have even had to halt production due to the shortage. Ford and Fiat are temporarily pausing production because they don’t have enough chips.

With not enough chips in supply, the automaking industry could lose $61 billion in 2021, according to consulting firm Alix Partners as Bloomberg reported.