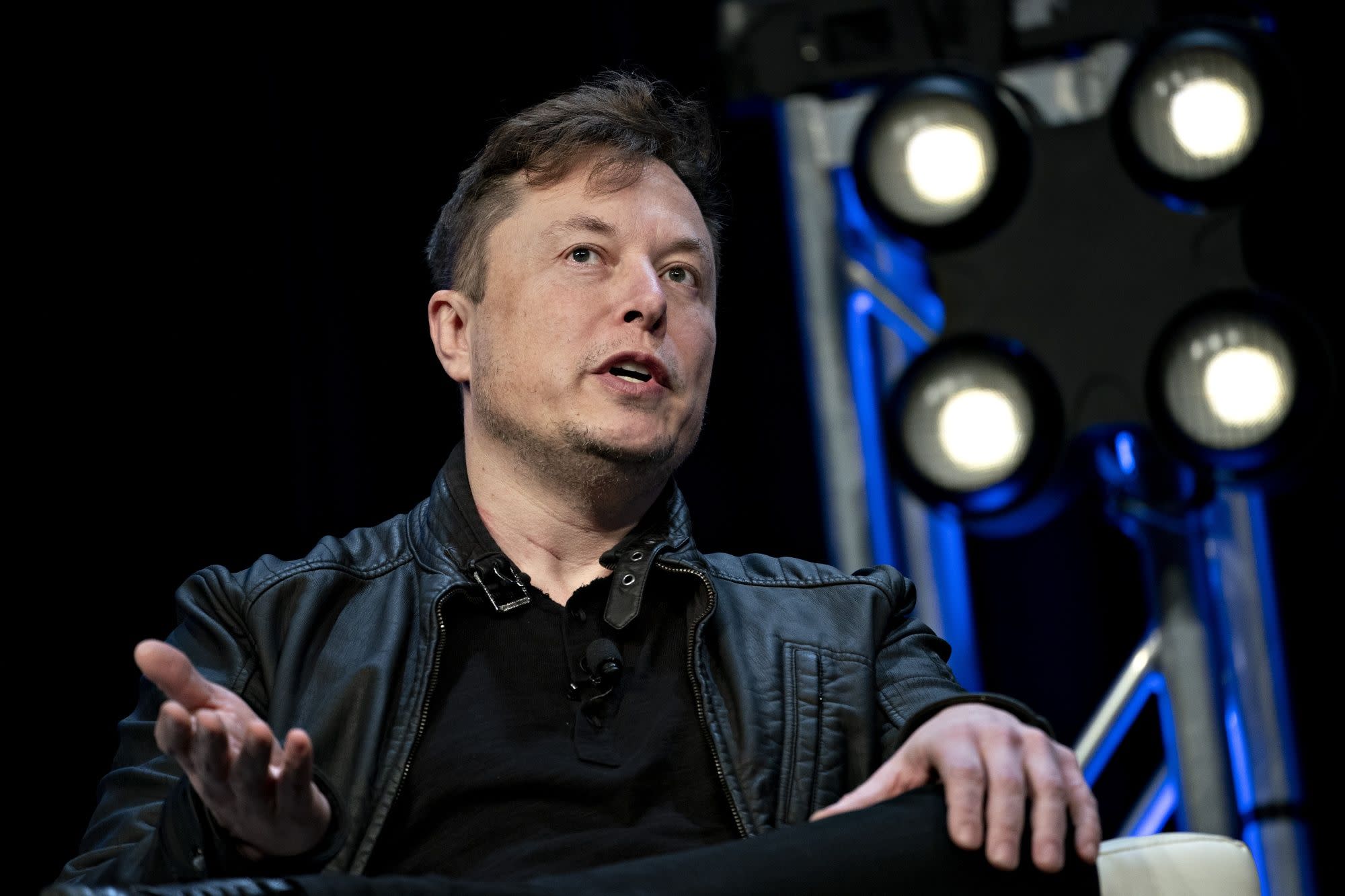 (Bloomberg) — Just when you thought the year 2020 couldn’t get much weirder, billionaire Elon Musk has introduced a group of pigs with mind-reading brain implants.

During an event Friday afternoon at Neuralink’s headquarters in Fremont, California, Musk found himself hanging out with a passel of Yucatan swine. Several of them had previously undergone a surgical procedure in which a robot placed the latest version of Neuralink’s computing implant into their brains. As a result, the brain activity of these enhanced porkers could be transmitted wirelessly to a nearby computer, allowing onlookers at the event to watch the animals’ neurons fire as veterinarians stroked their snouts.

Musk spoke enthusiastically at the event about the potential for the technology to address brain injuries and other disorders. “The neurons are like wiring, and you sort of need an electronic thing to solve an electronic problem,” he said.

During the presentation, Musk revealed new data points around his expectations for the technology and Neuralink as a company. First off, he expects the implant procedure to start out quite pricey but to come down to “a few thousand dollars” over time. Once it’s able to fit into humans, he expects them to be able to update their devices as new models come out with more features. “You would not want version one of a phone and 10 years later everyone has version three or four,” he said. “It will be important to remove the device and upgrade it over time.”

As for Neuralink itself, Musk expects the company to go from its 100 current employees to about 10,000.  It’s that sort of ambition, coupled with theoretical future abilities like piping music directly into a person’s mind, that could transform Neuralink from an expensive research project into a consumer electronics company—and someday justify the $158 million of capital invested so far, most of it from Musk.

For the four-year-old startup, this demonstration was meant to show that Neuralink’s brain-machine interface technology is progressing toward a day when it could be safely put into humans, possibly aiding people with a wide variety of debilitating conditions while also opening the door to a host of wild, sci-fi scenarios. The event naturally veered into a free-wheeling discussion of where this type of research could go. Some Neuralink employees joined Musk on stage and talked about their desires to get rid of pain, to give people super vision and to explore the nature of consciousness. “I think in the future you will be able to save and replay memories,” Musk said at the event.

But he acknowledged the inherent strangeness of such scenarios: “This is obviously starting to sound like a Black Mirror episode,” he said. “Obviously they’re pretty good at predicting.”

The first major reveal of Neuralink’s plans and technology came in July 2019 during a similar event in San Francisco. At that time, Musk showed early versions of Neuralink implants and disclosed that the company had already been performing tests on mice and primates in which it was able to record and analyze the animals’ neuronal activity via tiny electrodes placed in their brain. This work was similar to what academic researchers and a small number of companies have been doing for decades. The goal of many of those projects is to use brain implants for miraculous feats like restoring vision for the blind, helping people who have been paralyzed or suffered strokes communicate and curing mental health disorders. And, indeed, people around the world have received implants that help with these very things.

The main argument made by Musk and other Neuralink employees is that the existing technology is too dangerous, cumbersome and limited for widespread use. The most powerful implants today require people to go through risky surgeries, and patients can often only experience the benefits of the technology while under the supervision of doctors and specialists. Beyond that, the lifespan of an implant can be short as the brain sees the device as an intruder, forming scar tissue around it that disrupts electrical signals. Neuralink, then, has tried to create a type of implant closer to a consumer electronics device—something that is much smaller and cheaper than existing products, less impactful to brain tissue and can process much more brain data.

Over the past couple of months, Neuralink has been implanting pigs with a device that’s 22.5 millimeters across and 8 millimeters thick. The hardware has a computing chip on top with 64 minuscule threads—or wires—that dangle off it with sensors at the ends. During the procedure, the animals are taken to an operating room at the Fremont facility and anesthetized before a surgeon performs a craniotomy on them.

Once part of the skull has been removed, a robot begins placing the threads into specific parts of the brain so that the sensors are close to neurons and can read clear brain activity signals. This sewing part of the procedure takes about 30 minutes, as the robot uses computer vision software, high-end cameras and other technology to aim the threads with exacting precision. “Elon is unhappy with how long the whole procedure takes,” Max Hodak, the president of Neuralink, said in an interview.

In my encounter with one charming pig named Gertrude, it was very difficult to see any evidence of the implant or the surgery. The animal’s wound had healed completely, and it pranced around a makeshift metal pen at Neuralink’s office just like some of the other pigs that did not have implants. But, as I fed Gertrude a carrot and rubbed her snout, a massive computer screen behind her lit up with activity, showing her neurons firing and responding to my touch. Next, Gertrude farted, which I took as an approval of our interaction.

But the controversial nature of animal testing and the celebrity of its founder has made Neuralink a magnet for criticism from animal-rights activists. The company said the test subjects are cared for by animal husbandry experts and that it’s limiting testing on primates.

In a bid to prove the safety of its technology, Neuralink has removed the implants from some animals and found that they go back to their regular lives with no apparent ill effects, the company said. In some cases, Neuralink has managed to place two implants in a single animal, getting signals from both hemispheres of the brain at the same time. The company has also managed not just to read out brain activity but also to send in signals to the electrodes and stimulate the brain. All of this research has been taking place at Neuralink’s 50,000-square foot campus, which includes facilities for robot assembly, chip and thread fabrication and animal husbandry.

At one point, Neuralink had intended to use an implant as well as another device placed behind the ear to handle things like wireless communication. Now, however, it has bundled everything into one small device. “It’s just simpler this way,” said Hodak. The implant battery lasts about 24 hours, at which point it can be recharged wirelessly much like a smartphone. Over time, Neuralink hopes to shrink the device, while also improving its computing power.

Musk had previously said that Neuralink would like to conduct human trials as early as this year. This, of course, would require regulatory approvals and assurances that the technology is safe. “The ambition of human trials this year is something we would love to do,” Hodak said. “It’s obviously something that can’t be rushed, and we can do it when we’re ready. While we can’t sell this to you yet, it’s starting to feel more like a product, more concrete. Now, we have a Fitbit for the brain.”

Hodak denied the claims from a recent article by health publication Stat News in which former Neuralink employees said the company might go to Russia or China, where regulators can be more lenient, for its human trials. “We have never once discussed going to Russia or China,” Hodak said. Neuralink has been granted “breakthrough device status” by the U.S. Food and Drug Administration, which means the agency will respond more quickly to the company’s filings than it would have previously but doesn’t constitute an approval for testing in humans. “We’re very much working hand-in-hand with the FDA,” Hodak said.

Musk has tried to stress the health benefits of this type of brain-machine interface technology. People who suffer from debilitating conditions would be the most likely candidates to take the risks of trying a brain implant first as they could receive dramatic benefits. Someone who had a stroke and lost the ability to speak, for example, could simply think what they want to say, and their words could be said aloud by a computer or typed onto a screen.

Of course, Musk also sees more futuristic applications of these implants like the ability to create a high-bandwidth link between humans and machines. A la The Matrix, you might be able to download a language instantly or learn martial arts, Musk has suggested. The end goal, at least for Musk, would be to help humans keep pace with artificial intelligence. Musk captured this sentiment when describing Neuralink’s mission statement earlier this year: “If you can’t beat em, join em.”

(Updates with details from the event starting in the third paragraph. )

bloomberg.com” data-reactid=”49″>For more articles like this, please visit us at bloomberg.com