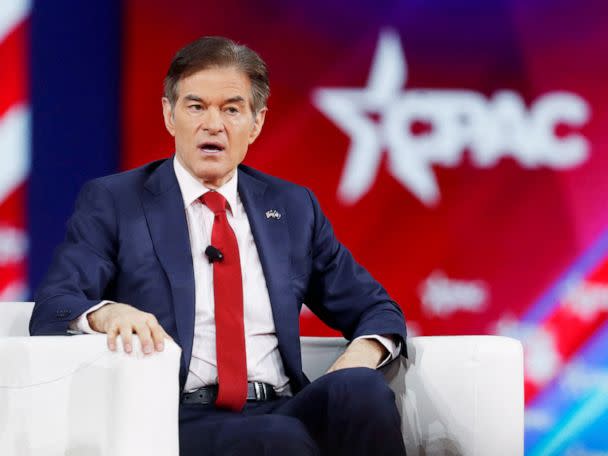 Despite railing against Big Tech and Big Pharma, records show Dr. Oz has invested millions in both


Television personality Dr. Mehmet Oz, who is running for the U.S. Senate in Pennsylvania, has a considerable financial stake in major pharmaceutical firms and Silicon Valley giants, newly released records show — despite railing against “Big Pharma” and “Big Tech” on the campaign trail.

The disclosures, released late Wednesday, indicate that the GOP candidate and celebrity television doctor has poured millions of dollars into companies like Amazon and CVS — a revelation seemingly at odds with a central tenet of his message to voters.

“I’ve taken on Big Pharma, I’ve gone to battle with Big Tech,” Oz said on Fox News in December. “I cannot be bought.”

A political newcomer, Oz is facing off against David McCormick, a longtime hedge fund executive, in a competitive Republican primary. Both men have immense wealth, and some observers say Oz’s investments could complicate his bid to connect with the Keystone State’s blue-collar voting base.

Notably, one of Oz’s campaign ads denouncing Big Tech includes Oz saying that he took on Facebook — and indeed his disclosures do not show him owning any stock in the popular social media company.

In all, Oz’s disclosure shows that he and his spouse together own between $104 and $422 million in various assets and holdings.

Among his other investments, Oz and his wife together own between $11 million and $51 million in shares of Asplundh Tree Trimming, a company co-founded by Oz’s wife’s family.

Oz and his spouse also own between $1.5 million and $6 million shares in the fertility clinic network Prelude Fertility, and between $500,000 and $1 million in shares of Pantheryx, a biotechnology company that specializes in bovine colostrum products. Oz has served as a director of both companies, the disclosure report shows.

According to the report, Oz and his spouse also own between $11 million and $47 million in commercial and residential real estate properties.

Over the past year and a half, Oz reported earning between $20 million and $50 million, including more than $2 million in salary as the host of “The Dr. Oz Show,” more than $7 million in profit from his company Oz Media, LLC, and millions of dollars in capital gains, dividends and interest from his various financial investments.

Despite railing against Big Tech and Big Pharma, records show Dr. Oz has invested millions in both originally appeared on abcnews.go.com