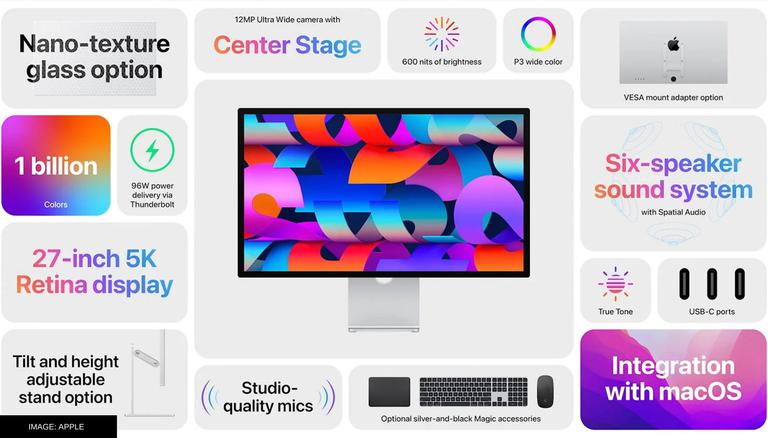 Apple aware of webcam issue on Studio Display, asserts it will improve quality via update

Apple Studio Display is an external monitor that can be paired with Apple devices like the Mac Studio. It comes with the features of Apple’s ecosystem of devices such as Center Stage, Spatial Audio, True Tone display and Siri. However, soon after the product went on sale and buyers got their hands on it, reports about the poor performance of its web camera recently surfaced on the internet.

Since Apple says that Studio Display has its latest 12MP ultrawide sensor and has the processing power of an iPhone 11, the picture quality of its web camera should theoretically be as good as Apple’s other devices. As it turns out, that is not the case. Several reviewers have pointed out that the front-facing camera on the Studio Display is not as good as it should be.

According to a recent report by the Wall Street Journal, an Apple spokesperson has provided confirmation about the issue. To the publication, Apple has written that it has discovered an issue where the system is not behaving as expected. It further stated that it will make improvements in a future software update. From this, it is clear that Apple is aware of the situation and that Studio Display customers should not worry regarding the same.

Apple Studio Display is a 27-inch 5K Retina display with a 5K resolution. The monitor has a peak brightness of 600 nits and supports up to one billion colours. It also has the same 12MP ultrawide camera with Center Stage that is found on the iPad 9th Gen. Additionally, the monitor also supports Spatial Audio.

However, to unlock all these features, one has to use the Studio Display with compatible Apple devices such as MacBook Pro, iMac, Mac Mini and Mac Studio. Upon running the monitor with a Windows desktop or laptop, the special features will not be supported. It is worth mentioning that the Studio Display has an A13 Bionic chipset inside it, the same processor that is found on iPhone 11 series and iPad 9th Gen.