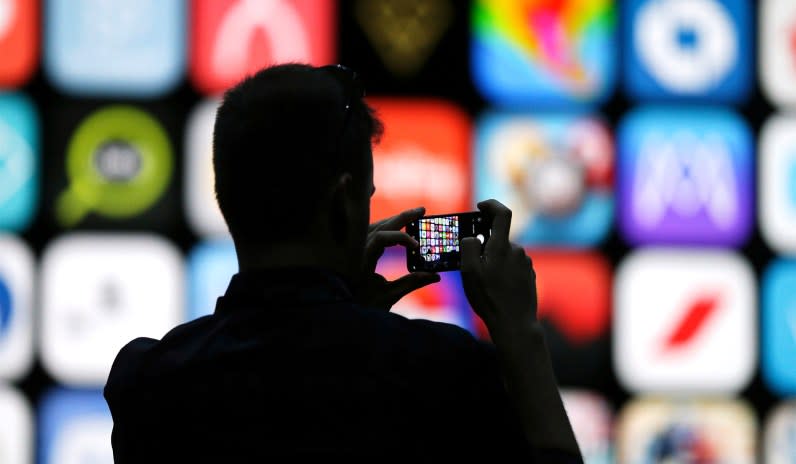 Elusive, Hard to Measure but Essential

Innovation is the driving force behind modern economic growth. It allows for new products and expanded choices as well as more efficient ways of delivering them at low cost to customers. Yet despite its primordial importance, innovation remains one of the least understood and hardest to measure processes in economics.

A useful schematic for understanding the problem that innovation creates for economic growth is William Nordhaus’s three types of innovation: run-of-the-mill, seismic, and tectonic. Run-of-the-mill innovations leave the product mostly unchanged (e.g., sliced bread remains essentially bread). Seismic changes leave the basic product recognizable but vastly improve its quality. For instance, food, clothing, books, watches, and basic house furnishings would be familiar to people from the 19th century even if their design and packaging were new.

Tectonic innovations result in a completely new product, a shift “so vast that the price indexes do not attempt to capture the qualitative changes.” In the last century, tectonic changes proliferated for durable goods such as motor vehicles, appliances, and electronics. Services saw even more fundamental innovations, with almost two-thirds of them new to the 20th century, including those within the areas of communications, financial services, mass transit, airplane travel (in this case, of course, from scratch), and most medical care.

New products mean that official price indexes overstate inflation and therefore understate the real improvement in the Western world’s standard of living. On average, new products are not introduced into the CPI until five years after their arrival in the market. This imparts an upward bias on prices because they miss what is often the most rapid decline in prices in the years just after a new product is introduced. Most notoriously, autos were not included in the U.S. CPI until 1935, meaning that it omitted several decades of falling prices that made autos affordable to the masses and established auto assemblies as the largest manufacturing industry in the U.S.

The counterpart of overestimating price increases is underestimating real GDP growth. To give an idea of the possible magnitude of this bias, Nordhaus estimates that properly adjusting prices for improved quality would boost real income growth between 1800–1992 from the official measure of a factor of 13 to somewhere between a factor of 40 and 190.

Consumers have been the main beneficiary from the proliferation of new products. Nordhaus estimates that the producer receives only 2.2 percent of the economic gain from an invention, “indicating that most of the benefits of technological change are passed on to consumers rather than captured by producers.” This seemingly low return to producers reflects that almost all innovations are incremental but that the 2.2 percent surge in incomes over the past two centuries is still an enormous amount of money. (Indeed, still more than enough to incentivize firms to keep innovating.)

This remains true for Internet-based innovation, too, as so few of those products have been monetized. Erik Brynjolfsson of MIT estimates that free online services such as Facebook, Wikipedia, and Google are worth $564 billion a year to consumers. (Other estimates are double that.) Many speculate that the difficulty of monetizing the Internet is one reason measured GDP growth has slowed in recent years, even as consumers and businesses derive enormous benefits from it. The problem with this argument is that many things have always been free; the Great Depression saw an increase in family activities such as parlor games, playing bridge, and listening to the radio. Some economists argue that air conditioning and air travel created more unpriced benefits to consumers than the Internet. So, it is unclear if unpaid consumer surplus is higher today and therefore contributes to lower measured growth.

The dazzling array of new products means that innovation is multiplicative and not additive for economic growth. Innovative products such as autos and computers not only create whole new industries, they also spawn related industries such as truck transport and computer-software production. Economist Paul Romer explains that the crucial difference between objects and ideas is that

when we share objects, we make them less valuable. You don’t pay as much for a used car because it’s already been used. But ideas don’t work like that. We can share ideas without devaluing them . . . when ideas are shared, the possibilities do not add up. They multiply.

The development of the printing press created a surge of demand for spectacles. This sparked more production and experimentation with lenses, which led to the invention of the microscope. Trading and sharing new ideas makes innovation a cumulative phenomenon, which explains the exponential growth of Western economies over the past two centuries.

Some analysts, most notably Matt Ridley, author of How Innovation Works, compare innovation to an evolutionary process with more of a resemblance to biology than to conventional economics. Specific innovations make slight improvements upon what already exists, moving to the “adjacent possible” that is a key characteristic of evolutionary systems, but they then may quickly cumulate in ways that come to represent a significant change.

One reason economists struggles to formulate a theory of innovation is that “innovation is to society what mutation is in biology. Not all mutations are good. Some are just poor and unfortunate experiments.” However, it takes years to know which mutations are useful or not: What, in biology, may seem a poor mutation may eventually prove critical to survival in a new environment. The same is true in the marketplace. Nylon was discovered in 1928 when a lab assistant left a burner on over the weekend, boiling the interior of a kettle until it congealed into fibers. It took DuPont ten years to learn how to intentionally manufacture Nylon fibers, which were hugely successful in the marketplace.

It is hard to prescribe specific theories and policies for innovation when it takes so long to determine which are useful or not. Another economic historian, Joel Mokyr, also cautions against taking the analogy between technological progress and evolution too literally because “technology is information acquired by learning, not through genes.” Markets are the environment that determines survival; they, not firms, do the selecting.

Because innovation can resemble an evolutionary process, attempts by both economists and policy-makers to systematize it are unlikely to succeed anytime soon. Most policies to boost innovation focus on presumptive inputs such as R&D, university education, patents, and the publication of scientific research, despite little evidence that they are reliable parts of the innovation process. Government regulations that favor entrenched firms and discourage new entrants suppress the innovative impulse. As Mokyr put it, “Technological creativity, like all creativity, is an act of rebellion.”

Innovation by its nature cannot be forecast or planned in advance. This is because innovation by definition alters an industry or economy — otherwise it would not be innovative. It changes the future and creates uncertainty, which makes precise planning impossible. As much as they would like, governments cannot simply order the production of a vaccine or carbon-sequestration technology by a certain date. The most public policy can do is encourage a cultural environment in which innovation has the best chance to flourish.

It is difficult, bordering on impossible, to imbue our bureaucratic government with an entrepreneurial mentality. As Steve Johnson concluded in Where Good Ideas Come From, “top-heavy bureaucracies remain innovation sinkholes.” The Internet languished in government and academic bureaucracies for decades until the private sector discovered how to unleash its commercial potential that revolutionized how we live and communicate.

Capitalism best cultivates innovation because it provides the incentive for firms to survive and thrive as well as the freedom to explore new ways of thinking and doing. Eric Beinhocker touts free markets as “innovation machines . . . not because of their efficiency at resource allocation in equilibrium, but because of their effectiveness at innovation in disequilibrium.” The superiority of free markets in delivering innovation is evident in the long-term increase in living standards in the Western world.

The fundamental importance of innovation to long-term growth poses an existential threat to China’s model of state capitalism. China has proved prolific at copying Silicon Valley, with Baidu the mirror image of Google and Alibaba the Chinese Amazon. However, its most creative use of artificial intelligence involves facial recognition so it can track individual actions to compile its notorious “social-credit” index, the polar opposite of encouraging the dissent and rebellion that underpins the innovation mindset.

Failure is a key part of the innovative process. China has not demonstrated that it can admit, never mind learn, from its mistakes and adapt to emerging challenges. The U.S. has successfully met repeated challenges to its global leadership, demonstrated most recently by its response to the coronavirus pandemic. Indeed, its widespread use of technology that allowed people to stay at home, work online, shop on Amazon, meet on Zoom, socialize on Facebook, be entertained with Netflix, and finally be safely immunized by Pfizer is a perfect case in point. China instead relied on strict social controls rather than innovative technology to control the pandemic it spawned. This approach fully reveals the flaws in China’s economic model, caught between the Scylla of centralized authoritarianism and the Charybdis of lagging innovation.